Yellowstone, Wyoming
May 29, 2010
What a crazy, madcap caper this was. We left Boulder on Thursday night, and drove til early in the morning, to make our destination somewhere in the upper half of Wyoming. The original plan was to just drive straight through to Washington with a couple stops to sleep. Long story short, we ended up with a detour on Friday to go through Yellowstone, which without a map, seemed like a not-too-indirect route. Urgh. Mental map and reality are quite different.
Clue number 1 to the insanity was the dense cloud layer we drove through. Clue number 2 was the wacky treehouse (see gallery) we drove past. Clue number 3 was the lonely buffalo couple ambling up the shoulder about ten miles outside the park. They looked so tired, you could almost hear the male saying "We're almost there. Just a few more steps."
It was raining in Yellowstone. Or actually, it was drizzling and misty. And cold. We were in summer gear and flip-flops, and we kept driving in and out of the weather. But by the time we got to Old Faithful, the foulness was fully committed. We made a run for the lodge to eat and wait out the geyser. In classic fashion, and since we have no concept of time, we went out about the time we thought the damn thing would go off. And then we waited. And waited. And waited. Finally, the stupid thing went off just when we lost all feeling in the extremities. I've never seen time pass so slowly. I really figured this was the one time in millenia that it would not go off as promised.
There was a random guy about 300 feet from us, in a peach and white checkered shirt and a bright, white ten-gallon hat. Talking on his cell phone to nobody. It was so obviously not to somebody that it was ridiculous.
This guy ended up in a gas station in George, Washington on Saturday when we pulled up. Totally, the creepiest thing ever. Three states away, and we had an enormous detour through southern Idaho and backtracked across the continental divide four times, and we run into that same guy in a random gas station in Washington. 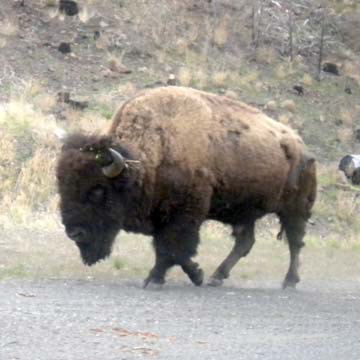 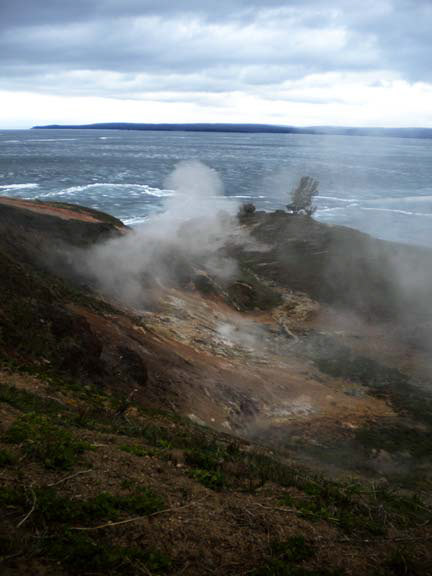 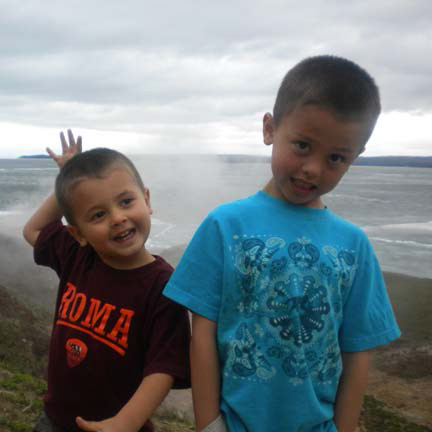 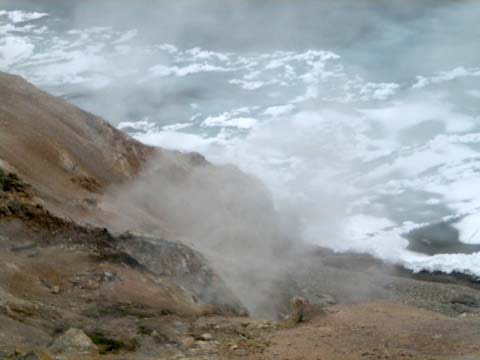 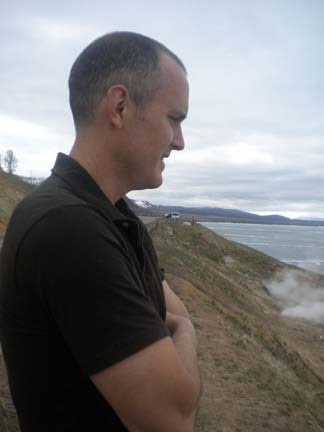 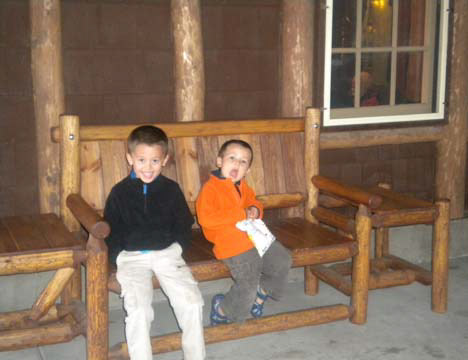