Tamuning, Guam
April 16, 2002
Day 1 The flight out of Japan was a fiasco. I left my house out in town at 530a, thinking that was plenty of time to make the two hour trip north to the airport for my 930a flight. Ack! Didn't really grasp Nihongo trains yet and I got on a local train. Long story short, I got to the checkout counter at 915a and had someone run me through security to my gate, just in time for the doors to close.
The island is beautiful, but like a mini extension of Japan. Well, more accurately, it's a tropical paradise with Kanji everywhere, so I imagine it's a bit like Okinawa. Beautiful beaches, balmy mid-80s weather, blue skies. You could swim out into the bay outside my hotel and the manta rays would brush against your legs if you stood still in the deeper waters.
Day 2 Guam is an interesting place. You can drive around the whole island in about three hours, and the whole damn thing sits on the Marianas Trench which means taking a swim on the eastern coast has a decidedly creepy vibe to it. But the rocky coastline is incredible, and there's a lot of weird folklore and history that you can get relatively easily out of the locals.
There's the tourist destination of the Japanese soldier who hid on the island for 20 years after WWII, afraid he'd be caught by US soldiers; you can actually crawl down inside his little underground cave, literally a hole covered with sticks. And there's the Talofofo caves in the center of the island, home to snakes but more intriguingly to cave writings that predate colonization; no one knows where they originated or what they say. And there's the Three Sisters crosses. 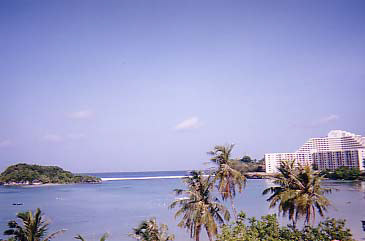 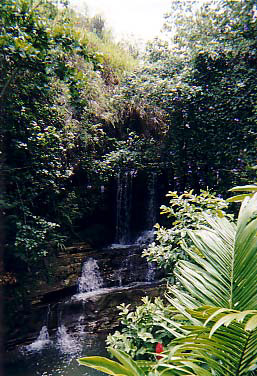 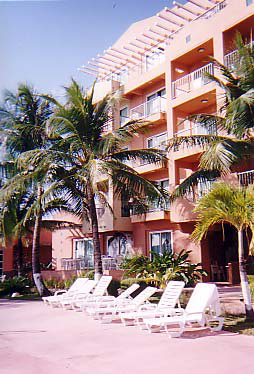 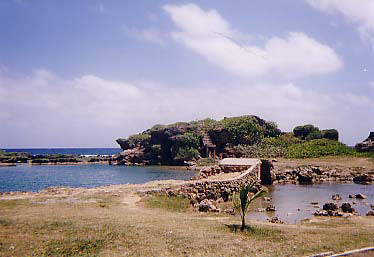 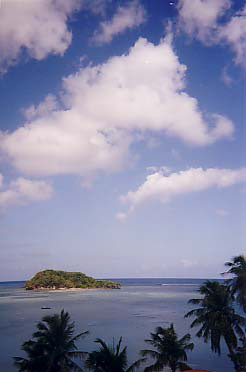 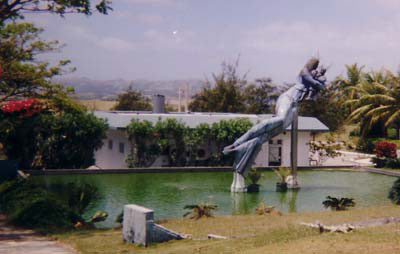 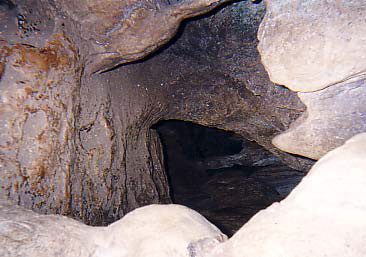 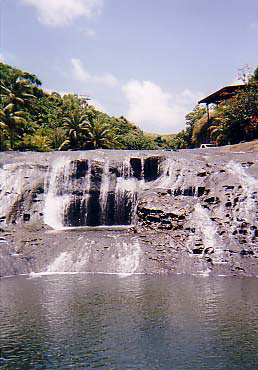 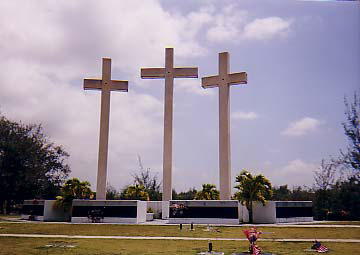 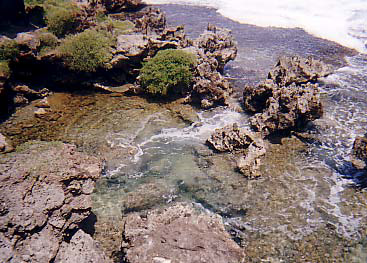