Christchurch, New Zealand
November 28, 2008
237p There's a pub about two blocks from the hotel called The Honey Pot. Nothing special, except it's got a weird wooden exterior like a saloon and the logo on the sign is Pooh Bear with his head in the honeypot. Also not special until you see he looks emaciated. Creepy crack Pooh. It looks like he's been stuck in that freakin honeyjar so long that he's slowly starving to death. Weird way to sell a restaurant.
There's no regard for international copyright laws here. Huge appropriation of logos and icons, just like Japan. Like the store I saw today that totally ripped off Target, only they sold just furniture.
I love people watching. Had lunch at this Danish cafe. Like a real Danish cafe, not one where it had a Danish name but you got inside and they had Starbucks and croissants. A real Danish cafe, with this lady from Denmark who made fruitcake using an old, old recipe. The flow of people in and out of a place like this is incredible. All walks of life, all global flavors. There's something about bakeries that people gravitate to. This one had about an equal split of locals and tourists.
Trying out the local gym here tonight since tomorrow's a road day and no climbing until at least Wellington. 3500km to climb in a gym. Outstanding.
11:27:2008 + 835a My clock seems to be fine. I woke up dead on at 7a. This is an interesting town. We got here early enough to go find dinner. It's a lot like being back in Japan, with the layout, signage and architecture. A much more euro feel than I remember of Auckland. Headed out to go climb today! Going to head inlands across the Canterbury Plain towards Arthur's Pass in the NZed alps, hopefully to find Castle Hill. It is supposed to be legendary, truly some of the best bouldering in New Zealand and definitely up there with global sites. The whole Canterbury region, which Christchurch sits in, lies in an alluvial plain — huge — so the transition into the mountains should be dramatic.
The hotel is a total botique; artsy, lots of attention to detail, ridiculously modern with frosted glass, neon lights, steel. Nice typography in their marketing materials, brushed alumninum, iMacs in the lobby, touch-screen conceirge...and the size of a tin can. No window! Is a bit like being a sardine. 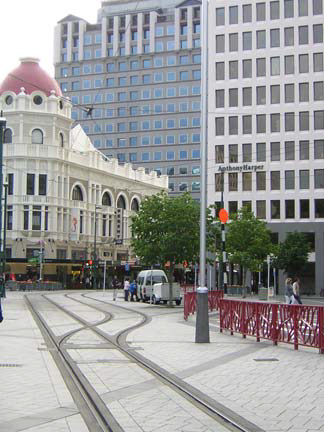 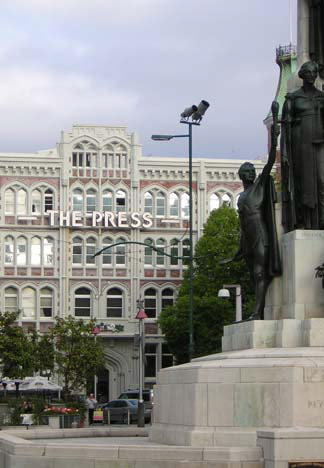 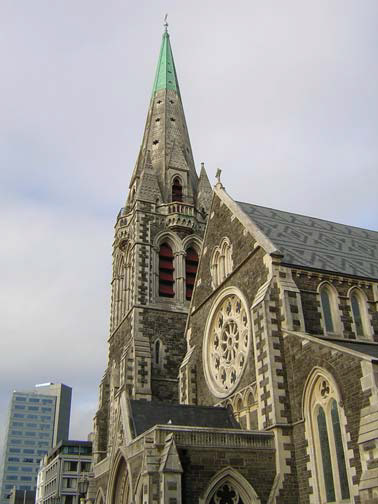 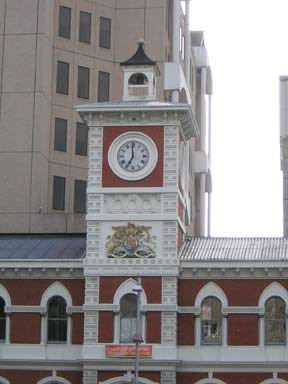 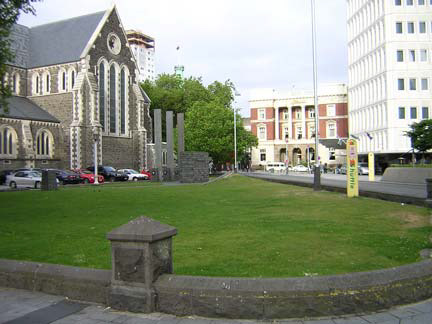 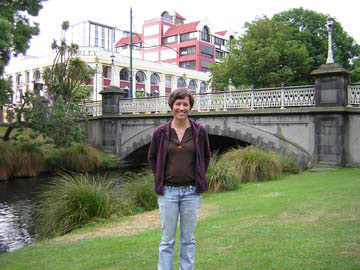 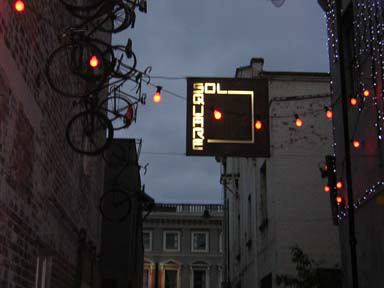